Spotlight on the G20: the world’s biggest economies endorse INFFs

Covid-19 claimed the lives of millions. It also catalysed a global economic recession that pushed many more millions into extreme poverty. Developing countries suffered the most. The pandemic laid bare their vulnerabilities, increased their financial needs, and placed pressure on the resources available to combat the resultant socio-economic devastation.

Now more than ever, actors across society must come together to overcome these shocks to poverty, hunger, health and inequality. Under the G20 Italian Presidency last year, with its focus on “People, Planet and Prosperity”, the world’s 20 largest economies recommitted to achieving the Sustainable Development Goals (SDGs) - the world’s shared blueprint for inclusive and sustainable growth – and endorsed integrated national financing frameworks (INFFs) as central to financing them at the country level.

The G20 brings together the world’s major economies. Collectively, they account for more than 80% of world GDP. Annual priorities are set by the Presidency, which rotates between member states each year. Through different thematic working groups, the G20 discusses the most pressing global issues and builds consensus on ways forward.

The Development Working Group (DWG) is tasked with implementing the G20 Development Agenda and is the custodian of the G20 2030 Action Plan for Sustainable Development. “One of our main priorities within the DWG this year was to promote not only the enhanced mobilisation of all sources of finance but to strengthen their alignment and impact with the SDGs at country-level through a new generation of national development plans,” said Ambassador Marco Ricci, Chair of the G20 Italian DWG team. “Through this work, we aimed to raise awareness about the relevance of the INFFs in developing countries among G20 members and encourage more active support for INFFs.” The DWG’s agenda closely complemented the work under G20’s Finance Track, a forum where the finance ministers and central bank governors of member countries meet to discuss economic, fiscal and monetary issues. (For a full list of the reports produced by the DWG in 2021, click here.)

Each year, the discussions and debates culminate in the meeting of G20 presidents and prime ministers at the Leaders’ Summit. Last year’s summit was held at the end of October in the Italian capital. 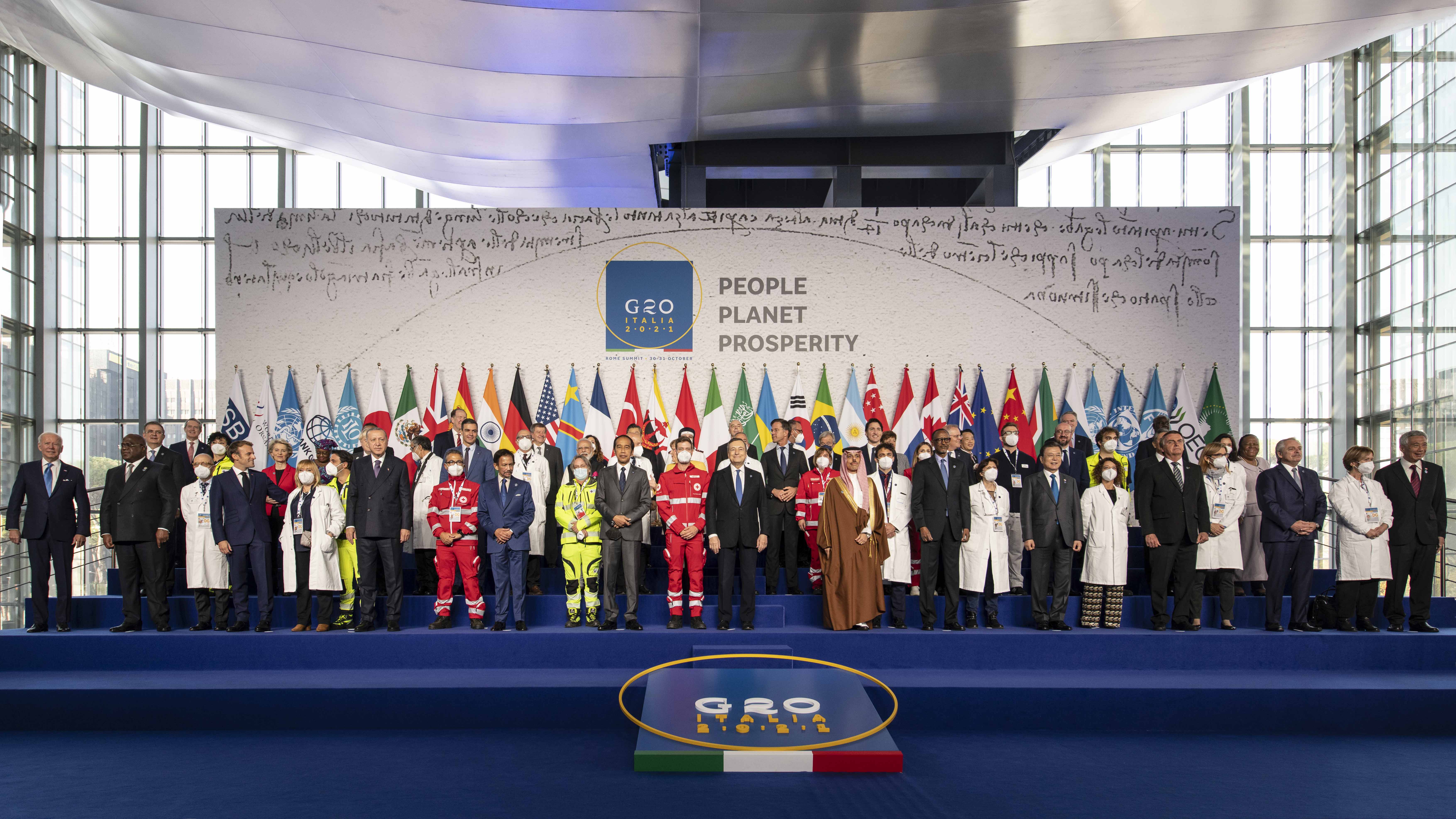 G20 leaders met in Rome on 30-31 October 2022 to discuss some of the world’s most pressing challenges. Source: Massimiliano De Giorgi/Italian Government.

The road to Rome was paved with hard work

INFFs were already recognised as a tool for mobilising and directing development finance to support national development strategies in 2020 under the G20 Saudi Arabian Presidency. By 2021, INFFs were firmly elevated in the G20 political agenda on development. “We wanted to build on the momentum from Saudi Arabia,” said Ambassador Ricci. “We saw INFFs as a pragmatic approach for assisting countries in an inclusive, sustainable and resilient post-Covid-19 recovery.”

The DWG team recognised the effectiveness of the INFF approach in strengthening links between medium-term development plans and financing strategies. They also understood that INFF uptake would benefit from the political backing and support of the G20.

At the start of the year, the DWG commissioned UNDP’s Sustainable Finance Hub to carry out a stocktake of progress made to date, looking at three crucial aspects: country ownership, impact and alignment. The Sustainable Finance Hub drew insights from UNDP’s annual INFF survey, consultations with G20 members and case studies from eight countries developing an INFF.

At the June 2021 development ministers’ meeting in Matera, Italy, G20 development ministers committed to work with international organisations and public and private stakeholders to support the implementation of INFFs. Building on the UNDP progress update and the work of the Financing for Sustainable Development Thematic Working Group, DWG members shaped five recommendations to guide individual and collective support to countries developing an INFF. These recommendations formed the basis of the voluntary framework of support for INFFs agreed on by all G20 members:

“The G20 declaration sends a clear message to the international community that G20 members place great value on these country-led financing frameworks,” said Marcos Neto, Director of UNDP’s Sustainable Finance Hub. Although not a magic wand, Mr Neto sees INFFs as a key ingredient in financing recovery from Covid-19 and regaining lost ground on the SDGs.

International support for INFFs is growing. In 2021, UNDP, UN-DESA and the OECD established an INFF Facility, which will formally launch in the first quarter of 2022, with support from the European Commission, Italy and Sweden. The G20 framework for supporting INFF development will go a long way towards building on this momentum.

“We are confident that this framework will encourage other G20 members to step forward and align their support for development financing with the priorities that countries set out in their INFFs,” said Ambassador Ricci. 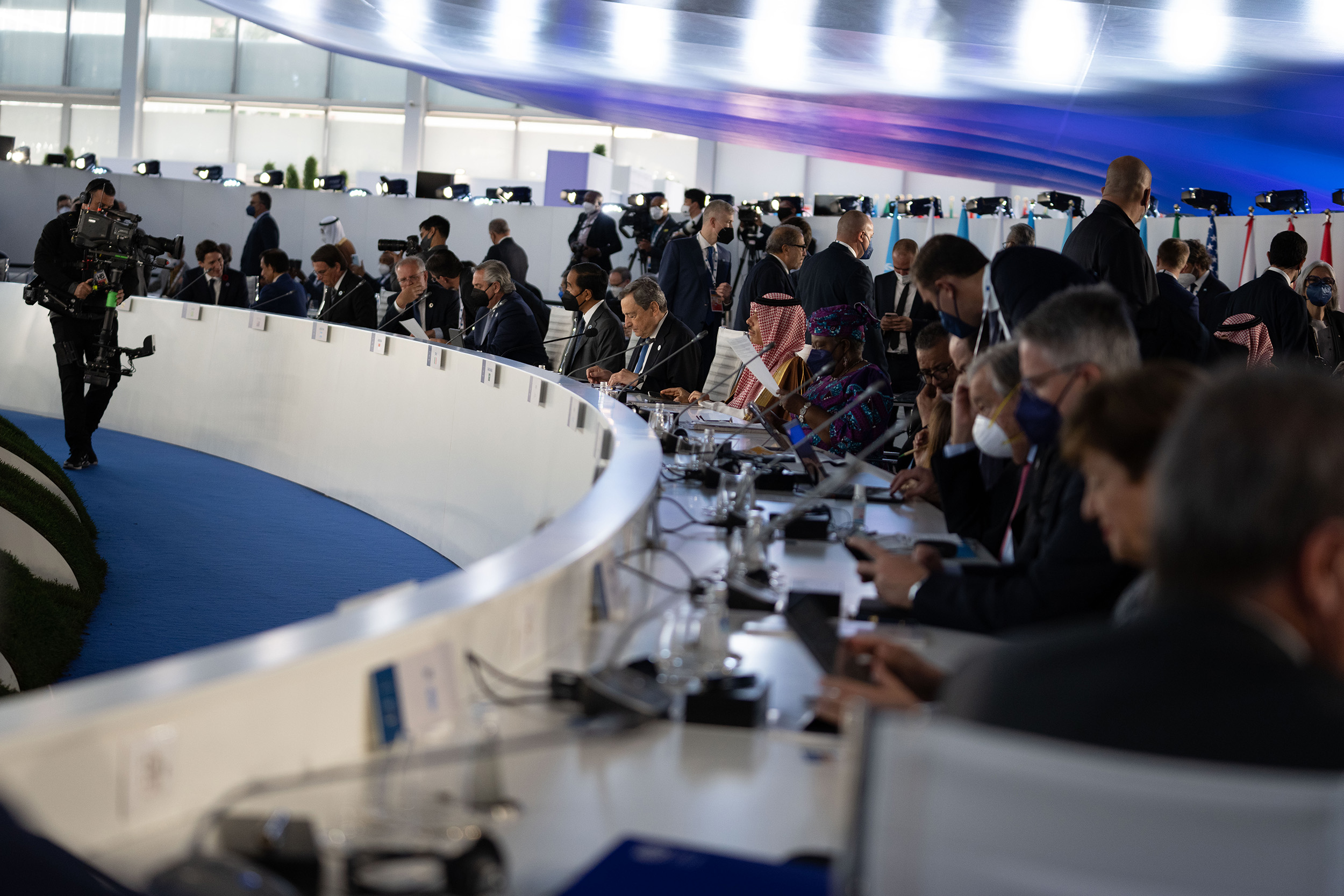 This is the theme of the 2022 G20 presidency with Indonesia at the helm. As a lower middle-income country, Indonesia’s presidency is a departure from G20 presidencies of the past. A country comprised of thousands of islands at risk from climate change, Indonesia is crucially aware of the importance of sustainable development.

“As an emerging economy, Indonesia understands the challenges of mobilising development finance,” said Raden Siliwanti, Chair of the Indonesian DWG team and Director of Multilateral Funding Cooperation at the Ministry of National Development Planning/Bappenas. “The country is seizing this unique position as an opportunity to represent the voices of developing countries on the world stage.”

The island nation is already a leader in innovative financing. Indonesia was the first country in the world to issue a sovereign Green Sukuk, an Islamic bond designed to finance green investments, and has recently issued its first SDG bond.

We want our experience with the INFF to inform our G20 leadership."

“Our development finance architecture must be scaled up to reach the last mile,” said Ms Siliwanti. “Public resources will not be sufficient to meet investment needs. For developing countries with constraints on domestic public resources, private capital will be critical.”

As the first G20 member developing an INFF, Indonesia is uniquely positioned to ramp up support for the INFFs worldwide over the course of the year. “The experiential knowledge we have of the INFF process and the clear demonstrated value within government is a big motivator,” said Ms Siliwanti.

“With our financing strategy, we want to demystify the financing instruments at our disposal to bridge this gap,” said Ms Siliwanti.

The government is particularly focused on leveraging blended financing instruments to fund sustainable development projects. This focus will carry over to the work of the DWG. “We want our experience with the INFF to inform our G20 leadership,” said Ms Siliwanti. “The lessons from the 2022 INFF stocktake will create a foundation for the blended finance principles and guidance we will be formulating later this year.”

As countries begin to recover (in Indonesia, the economy is projected to grow by more than 5% in 2022), Ms Siliwanti is hopeful that the work of the DWG will set the course of development outcomes for years to come: “From our position as both an INFF adopter and the holder of the G20 Presidency, we view INFF as a catalytic approach to financing a better future after Covid-19. We are excited to see the INFF momentum grow in 2022.”

Spotlight on the G20: the world’s biggest economies endorse INFFs

Get the latest INFF news and events straight to your inbox.

By subscribing I agree to receive communications from the INFF Facility.